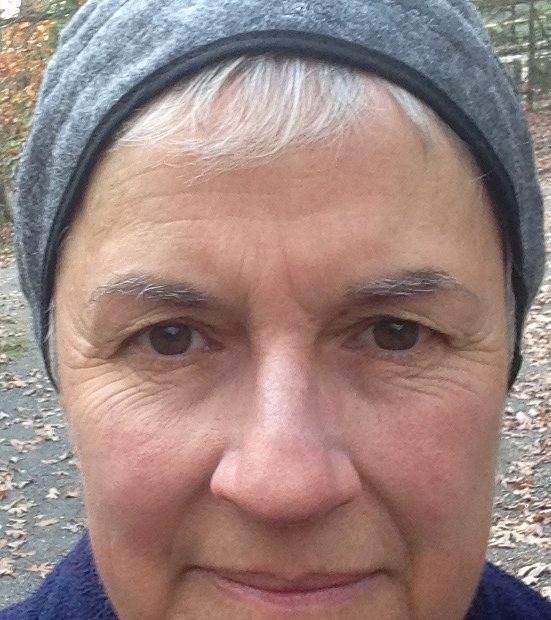 A box of photographs, forgotten for decades, led Sandra Matthews to her current series, Present Moments.

“The original project in 1989 was about photographing women in front of a newspaper backdrop, thinking about public space, private life and women’s roles. After working on it for awhile, I felt that it was one of those projects that just wasn’t working. So I put the pictures in a box and forgot about them.

“When I came across them again almost 20 years later, I realized that I still knew most of these people. Wouldn’t it be interesting to update them? So I experimented with that by re-photographing people in front of new newspaper backdrops, which are always contemporary with the period when the portraits are made.

“I got intrigued by seeing the changes and being able to put something together that would speak about time in a complex way—that it doesn’t move in just one direction. I hoped that the images might give viewers a different and richer experience of the passage of time.”

The series has been recognized by the Mass Cultural Council with a “Finalist in Photography” award in their 2017 Artist Fellowships Program.

Sandra’s also working on her Model Home project, which explores a much different dimension than time.

“The idea of ‘home’ is really about security and property and protection from danger. I came up with this in trying to figure out why I always have been drawn to small dwellings.”

Perhaps surprisingly, the Model Home project grew out of Sandra’s work on the Present Moments portraits, which largely kept her in the studio. She felt that she needed to get back out into the world more, and started to explore.

“It turns out that there are small dwellings absolutely everywhere. A lot of them are too cute, and I’m trying to find the ones that have a little edge to them and that say something about the theme of ‘Why do we enclose ourselves in boxes?'” 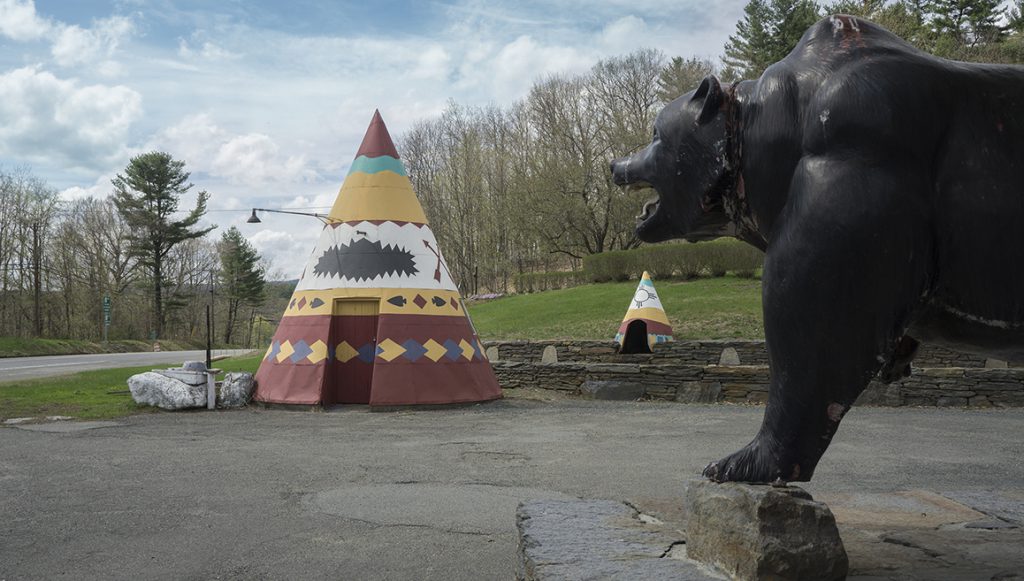 Untitled from the Model Home series

In addition to her personal work, Sandra also conceived, established and edits the Trans-Asia Photography Review, a semi-annual online publication.

The roots of the TAP Review reach back to the 1970s when Sandra began studying photography. The teaching almost exclusively focused on US and European photographers. She knew photography was spread around the world, and wondered about where the photography was from other places.

“It was always a burning question in my mind, so in my own teaching, I tried to bring in non-Western photography as much as possible. I also had an opportunity in 1980 to research Chinese photography before anyone else was really doing that, either in China or anywhere else.

“Separately, I also had an experience editing a journal in 1981, and I really enjoyed that. So I had these things in the back of my mind; non-Western photography and liking journal editing.”

Ten years ago, she was talking about it with a friend who said, “Well, why don’t you start an online journal? People are doing that now, and you don’t have to worry about printing anymore.”

TAP Review is now in its ninth year, jointly published by Hampshire College and the University of Michigan Library, with financial support from the Five Colleges, Inc.

For me, photography is a very personal way of making meaning. I photograph mostly in familiar situations—taking pictures helps me to see my life more clearly and think about my environment. Sometimes this focus feels self-indulgent, but other times I feel that if something is meaningful to me, it might also be meaningful to someone else.

The complexities of home and family have been deep topics for me for a long time.

I am currently actively working on two projects, each very different from the other. The first, Present Moments, involves combining portraits of the same person, made over time. While a single photograph represents a “slice of time”, this project gives me a chance to think about history and the passage of time.

The second is a new project, Model Home. I am exploring rural areas of Massachusetts, photographing sheds, doghouses and other small structures to reflect on the concept of “home.” These structures evoke for me ideas about security and vulnerability.

The Boston area is home to a number of very special photographic artists. Personally, I am particularly inspired by the work of Rosamond Wolff Purcell, Abelardo Morell, and Sage Sohier.

But fundamentally the richness of the visual world inspires me, and I don’t have to look far to find that. 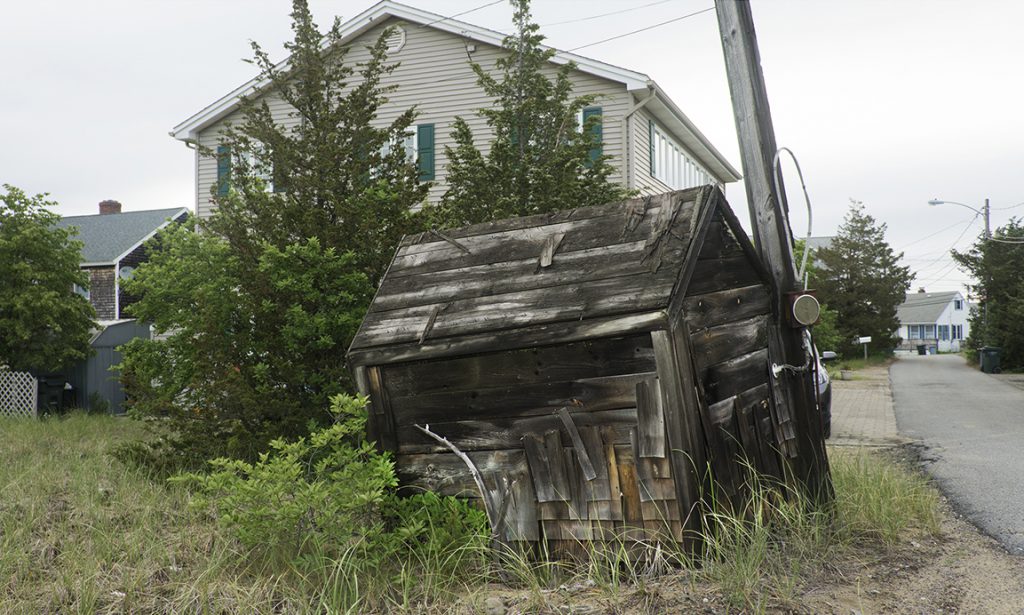 Untitled from the Model Home series

During my college years, I was lucky to find great mentors, especially Barbara Norfleet and Donald Blumberg. Norfleet opened my eyes to the social meanings of all kinds of photographs, and Blumberg taught me that photographs should combine the visual and the conceptual. I would add “the emotional” to this mix.

I don’t always encourage people to get into photography—I’m not sure that it is such a healthy habit! My advice would be to ask yourself, “Is it really a good idea to take this picture?” There is a bit too much photography going on right now, and it’s wise to think before you shoot.

How long have you been a member of the PRC?

I have been a member of the PRC off and on since the 1980s. I’m delighted to see it transform itself and stay active. The work of a photographer can be very isolating and the PRC does a great job of fostering community connections. There is no other organization I know of that is dedicated to helping photographers in Massachusetts and beyond. We need the PRC!

See more of Sandra’s work at her website, sandra-matthews.com