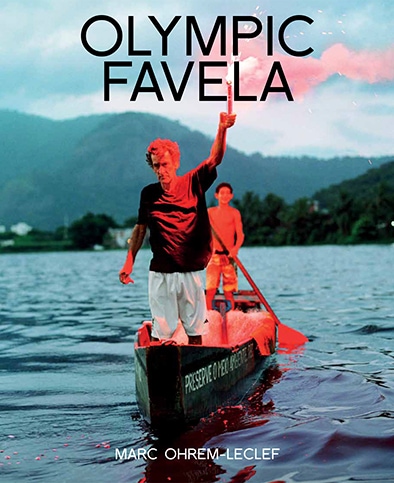 In many of these favelas, the city’s housing authority Secretaria Municipal de Habitação, in short SMH, has  been systematically evicting people in an effort to reshape the urban landscape in anticipation of the World Cup in 2014 and the 2016 Olympic Games. Families are removed from their homes—often with little notice and with use of force—and homes are demolished immediately after.

In my work, I have long been drawn to examine the fabric of different communities, as well as the intricate bonds an individual forms with a community and how these bonds manifest themselves in their interactions with others. When I began my work on OLYMPIC FAVELA, I became especially interested in these aspects surrounding community: One’s ties to his or her environment, mobility in relation to wealth and class, forms of communication and the influence of individual, familial and collective memory—and how these elements are subject to a state of constant flux.

In autumn of 2012, I set out to portray the people directly and indirectly affected by the SMH’s policies of systematic removal, with the help of a number of residents who had begun to organize their communities to resist the evictions. I returned to the city early in the summer of 2013 to continue this work, shortly before widespread protests erupted against the government’s spending in preparation for the World Cup and the Olympics. With my guide Café, an aspiring filmmaker from Rio, I met residents in 13 of the city’s favelas—communities both welcoming and with an omnipresent hue of danger—who shared their stories with us…