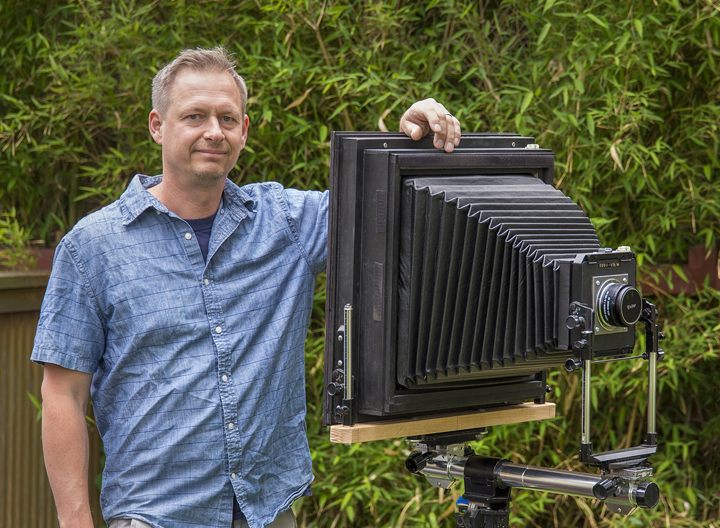 Joel edits and manages the Calls for Entry feature of the PRC website. You can see his art at joelhoweart.com, and his commercial work, which focuses on architecture, at joelhowephoto.com

After you’ve made 365 wooden bowls in one year, what’s next on the list?

If you’re Joel Howe, the answer is obvious: Make your own 11×14 view camera.

“I’ve always enjoyed building things. Last year I got into a project of making one wooden bowl every day for all of 2017. So I was in the mode of going down to the workshop every day and making something.

“At the end of the year, when the project was done, I was thinking about what to do next. I was interested into getting back to doing more of my own photography, so I thought, ‘Well, maybe I should build my own camera.’ It was a thought that was always in the back of my mind as something that would be fun to do.

“I already have a 4×5 camera, so I decided to go to really big. Realistically,11×14 is as big as I could go and still make contact prints. But I made the bellows big enough that I can theoretically go to 14×17, which I may try down the road.”

He built the bellows and the wood-frame with a ground-glass spring-back to accept the film holder, and then adapted parts from a defunct Toyo studio camera for the monorail and swing-and-tilt functions.

Joel’s been shooting paper negatives, and recently acquired a box of 11×14 x-ray film to experiment with. He notes that there are some mainstream film choices available in that size, but they are much more expensive.

“The x-ray film is orthographic, meaning it’s not sensitive to the full wavelength of light. You buy either blue or green sensitive film, so you have to be careful with the contrast and what you’re shooting. But you can develop it under a safelight, like you do with paper.”

His goal for this year is to develop a project that takes advantage of the size and characteristics of the camera. 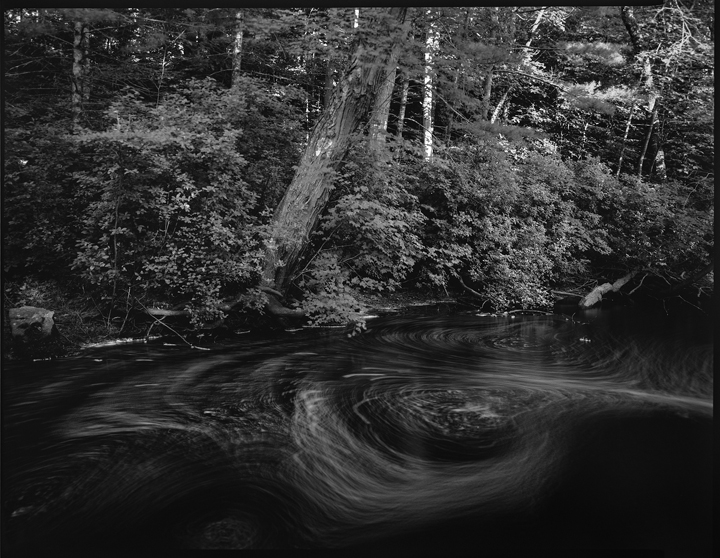 One thing he doesn’t want to do is to contribute to the rapid-fire flood of images being created every day.

“There’s so much photography out there; it’s like everyone’s a photographer these days. I feel like it’s a time of reevaluation for people who have been doing art photography for awhile, like, ‘Why make more? What is it that I’m adding to this enormous pile of photography that’s out there?’

“That was part of my motivation for building this camera, to slow myself down to taking one or two shots when I go out with it. It’s reawakened my love for that more traditional, slower form of doing photography.” 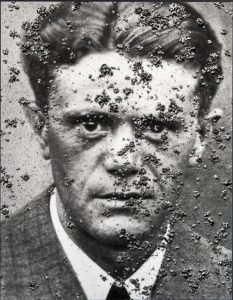 Untitled #2 from the series “Secure the Shadow” by Joel Howe

I work professionally as a freelance architectural photographer, but currently I’m focusing on making more time for my own art photography. For my commercial work, I try to be expedient—shooting with a digital SLR and editing on the computer.

My subject matter tends towards landscapes and still-lifes/objects. I am especially interested in the role of photography as it relates to time and ephemerality.

I feel like I keep coming back to this theme through different projects. In one of my older series, I explored the futility of trying to “stop” time with photography, by a re-photographing old porcelain gravestone portraits which had been eroded/damaged/vandalized over time. I’ve also spent time investigating the attics and basements of my grandparents’ houses, photographing the tangible traces of existence left behind in family archives.

Most recently I’ve been making long-exposure landscapes, using the large 11×14 view camera that I built. The camera is kind of ridiculously cumbersome, but I’m enjoying wrestling with it, as a sort of antidote to the rapid flood of iPhone/Instagram imagery that I find can be a bit overwhelming.

I’m thinking about how photographs are recordings of a duration of time. Usually that’s a very short fraction of a second, but when extended out to longer durations, into minutes or hours, photographs begin to show patterns of movement over time that aren’t normally visible to us… 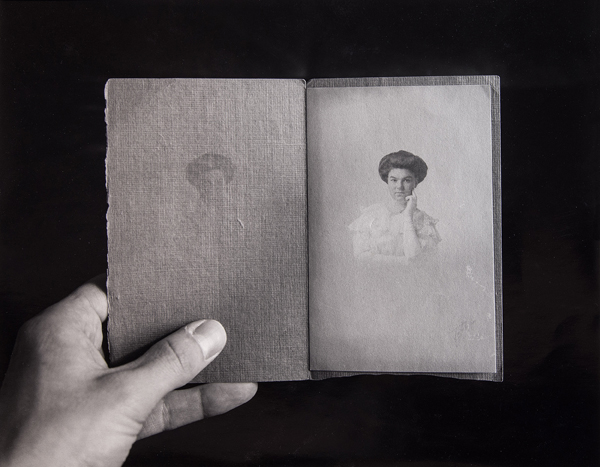 Not really, although back in art school I studied mostly with Linda Connor and was certainly influenced by her 8×10 view camera work, photographing at sacred sites around the world. Later on, I was inspired and encouraged by Abelardo Morell, when I assisted him for a short while in his home studio.

I went to college in New London, CT, which is prone to foggy weather. I remember taking a few nighttime photographs of the fog, rays of backlit light streaking through the pea soup, and was super excited by the results. I discovered the work of Michael Kenna around the same time and was inspired by him to continue shooting nighttime landscapes for a while. I liked the mystery and unpredictability of long night exposures.

Try to show your work to people and connect with other photographers, through organizations like the PRC, or at other venues. I don’t know that going to art school is feasible or the right path for everyone, but personally I really loved being able to focus on photography for a couple years during my MFA program.

Mostly my advice would be to just keep shooting! I’ve certainly gone through long stretches of time taking hardly any (non-cellphone) photographs. Life gets in the way, especially when you have kids! But whenever I get back out there with my camera or into the darkroom, the joy of it returns. 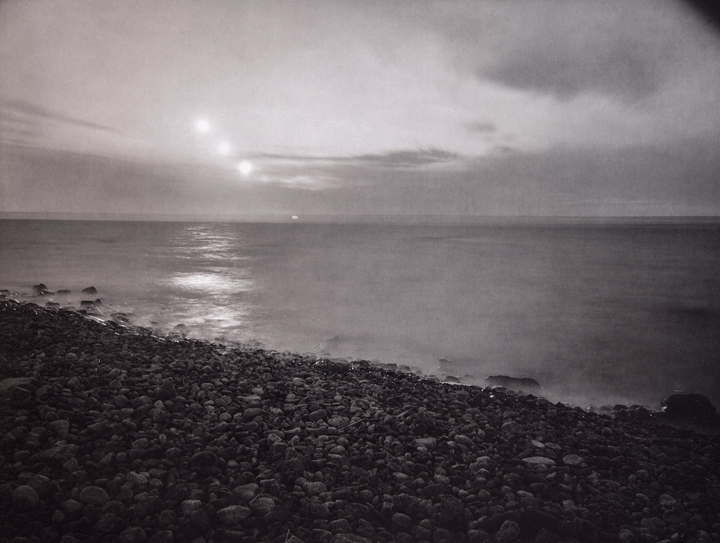 My work has been exhibited in various juried and group shows. But at the moment, I’m focused on trying to create a body of new work with my 11×14 camera, rather than trying to exhibit work.

As a volunteer for the PRC, I compile the call-for-entry listings on the website. I’ve come to PRC Nights, public lectures and PRC gallery shows.