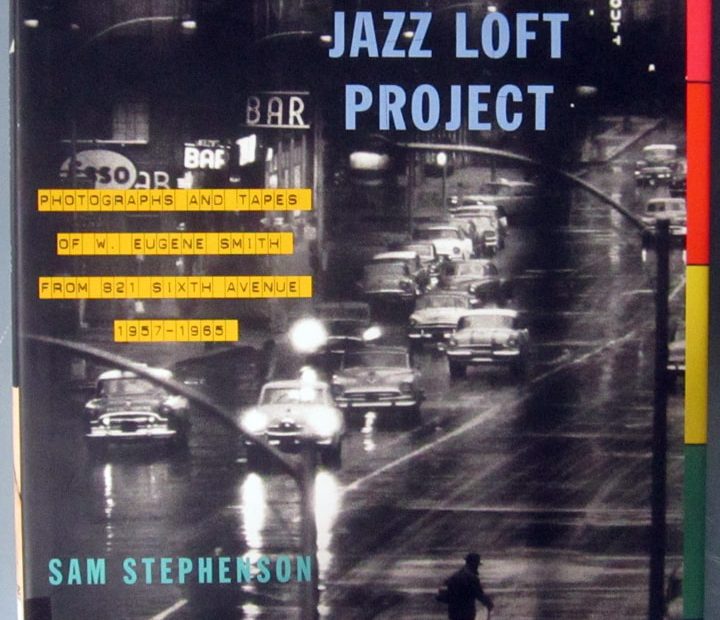 By Sam Stephenson
In 1957, W. Eugene Smith, a 38-year-old magazine photographer, left his comfortable world to move into a dilapidated loft building at 821 Sixth Avenue in New York City. Smith was trying to complete the most ambitious project of his life, a massive photo-essay on the city of Pittsburgh.

821 Sixth Avenue was a late-night haunt of musicians, including some of the biggest names in jazz—Charles Mingus, Zoot Sims, Bill Evans, and Thelonious Monk among them—and countless fascinating, underground characters. As his ambitions broke down for his quixotic Pittsburgh opus, Smith found solace in the chaotic, somnambulistic world of the loft and its artists. He turned his documentary impulses away from Pittsburgh and toward his offbeat new surroundings.

From 1957 to 1965, Smith exposed 1,447 rolls of film at his loft, making roughly 40,000 pictures, the largest body of work in his career, photographing the nocturnal jazz scene as well as life on the streets of the flower district, as seen from his fourth-floor window. He wired the building like a surreptitious recording studio and made 1,740 reels (4,000 hours) of stereo and mono audiotapes, capturing more than 300 musicians, among them Roy Haynes, Sonny Rollins, Bill Evans, Roland Kirk, Alice Coltrane, Don Cherry, and Paul Bley. He recorded, as well, legends such as pianists Eddie Costa and Sonny Clark, drummers Ronnie Free and Edgar Bateman, saxophonist Lin Halliday, bassist Henry Grimes, and multi-instrumentalist Eddie Listengart.

Sam Stephenson discovered Smith’s jazz loft photographs and tapes and spent seven years cataloging, archiving, selecting and editing Smith’s material for this book, as well as writing its introduction and the text interwoven throughout.