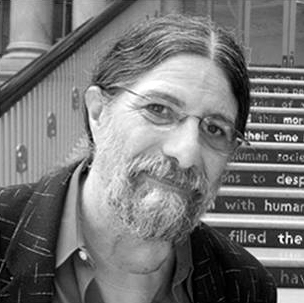 Thank you to all who entered, joined or re-upped your membership, and helped spread the word about EXPOSURE 2018. Best of luck to all! We’ll be in touch in May, after our juror, Christopher Rauschenberg, has pored over the entries and selected the artists and works.

Each year, a respected member of the photographic community—from curators to gallerists to photo editors—is asked to select between 10 to 15 artists for exhibition. The juror then selects between two and five pieces per person, thus offering artists the opportunity to showcase a series at a deeper level than most juried shows and making for an enriching experience for audiences as well.

This year’s Juror, Christopher Rauschenberg, wears many hats and is a mentor to many. He’s an acclaimed photographer, curator, editor, and educator as well as the founder and current or former board member of multiple significant non-profits, including those that share kinship with the PRC.

The VanDernoot Gallery in Lesley University’s well-trafficked University Hall will host this year’s exhibition. The gallery is an elegant and ample space that is roughly the size of the PRC’s old gallery.

Christopher Rauschenberg is a polymath and a pivotal figure in the photoworld. He is a prolific photographer, curator, editor, educator, founder, and current or former board member of multiple significant non-profits. Throughout his career, Rauschenberg has helped to launch, bolster, and support the careers of thousands of photographers and artists.

As a non-profit pioneer, Rauschenberg is the co-founder, co-curator, and board chairman of Blue Sky Gallery in Portland, Oregon, where for close to 40 years he has co-curated and co-produced over 720 solo exhibitions and close to 50 group shows. Founded a year before the PRC in 1975 as the Oregon Center for the Photographic Arts, Blue Sky Gallery chooses its artists via its Exhibition Committee, of which Rauschenberg is a member.

Rauschenberg is also the co-founder and past president of the biennial photography festival Photolucida, formerly Photo Americas, and has edited and produced some 60 publications.

He is also President of the Board of Directors of the Robert Rauschenberg Foundation, so named for his father Robert Rauschenberg. As part of its mission of cultivating emerging and established artists, the Foundation offers the Rauschenberg Residency, a unique program located at the artist’s former Captiva, Florida home and studio. Inspired by Black Mountain College, the Residency annually supports the work of over 70 multidisciplinary artists through a series of month-long residencies.

As an artist, Rauschenberg has traveled extensively and been exhibited worldwide. He has had almost 120 shows, authored three books, and has photographs in the collections of multiple major museums. Rauschenberg’s photographic projects include a multi-year and multi-photographer exploration and documentation of the city of Portland, a re-photography project of 500 of  Eugene Atget’s iconic images of Paris, and various series that explore museums, collections, flea markets, and more.

He is also co-founder and a member of the artist-run co-operative Nine Gallery and represented locally by Clark Gallery.

EXPOSURE is a great opportunity to view a slice of the best and brightest as selected by a nationally-renowned juror. In celebration of the PRC’s 30th anniversary in the 2006/2007 academic year and to reflect more accurately the mission and function of our annual photography competition, we changed the name of the PRC Members’ Exhibition to EXPOSURE: The Annual PRC Juried Exhibition.