Duane Michals: ‘Who is Sidney Sherman?’ 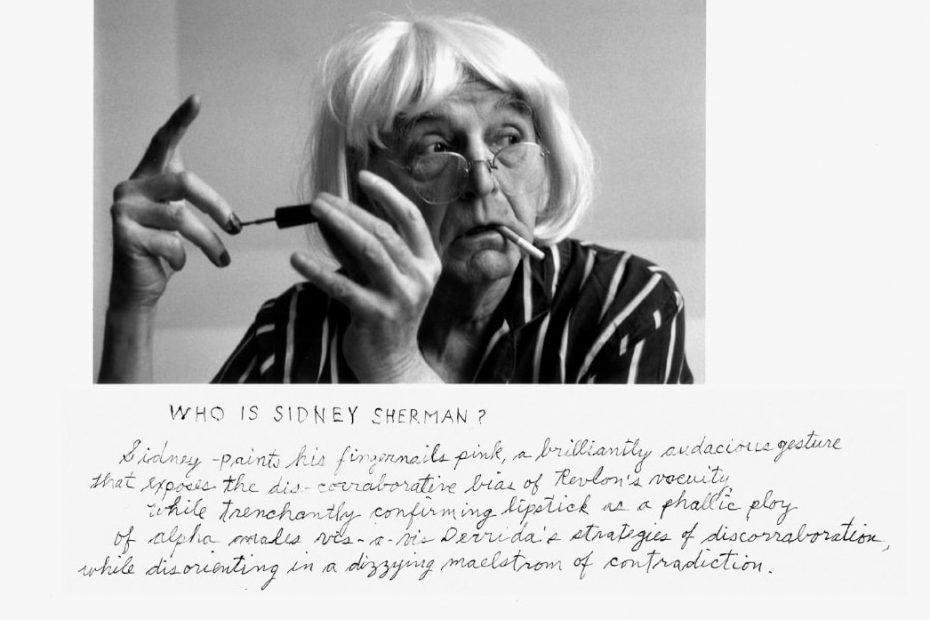 This photograph by Duane Michals, entitled” Who is Sidney Sherman?” (detail), is an obvious send-up on the photographer Cindy Sherman. Michals was one of my earliest influences, and someone whose work attracted me to the endless creative possibilities of photography.

His early work, multi-panel narratives that depicted his inner psychological conflicts, appealed to me on many levels. I’ve also marveled at his writing that accompanies many of his images, done in his own hand on each print. His work always seems irreverent, poking fun at both himself and society’s norms, and never seeming to take himself, or the art world, too seriously.

Over the years, he has produced many series of works, and, defying the critics, follows his own muse. His audacity in attacking the self-importance of art critics, through a satire on their verbiage, along with his humorous self-portrait, is typical of his humor—sharp, but not insulting. I recall the negative reviews he received years ago when he had the audacity to produce a series of color images based on Japanese gardens, while the critics expected him to continue producing black and white images only.

Duane Michael has been true to himself throughout his photographic career, and muse to many.