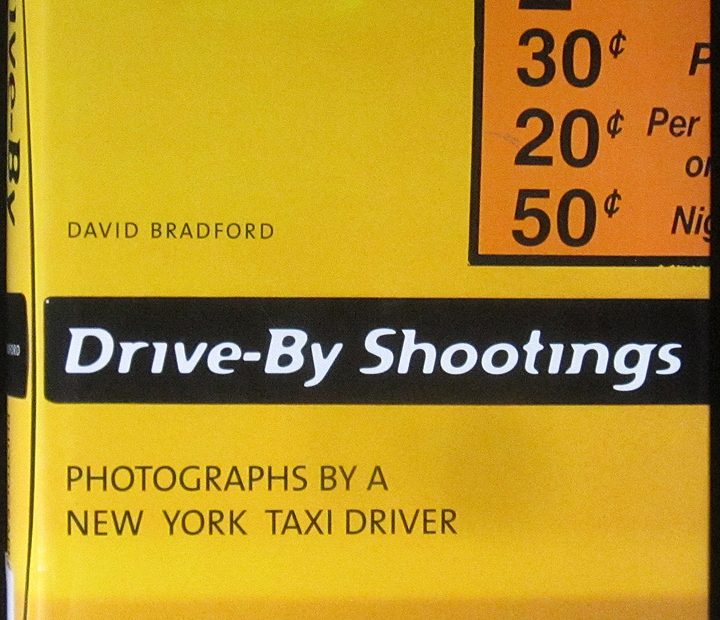 Only a New York taxi driver would dare to drive and take pictures at the same time. David Bradford has been shooting for ten years and using his windshield as a second lens to photograph the metropolis.

Day and night, through rain and snow, his canary yellow taxi rolls on through the energy fields of the city that never sleeps: New York City. Through the eye of his camera Bradford observes people from all corners of the world living their lives in the shadow of skyscrapers that rise up like mountains.

The rain-blurred lights of Broadway, the lofty grandeur of the Empire State Building floating by, the Avenues teeming with life. For Bradford, driving a taxi and taking photos have become a unified aesthetic whole. He can’t enjoy the one without the other anymore, and so he always has his camera at hand to document those fleeting moments of gesticulating, running, watching and sleeping people gliding by in the light of the big city.

Drive-By Shootings presents a black & yellow look at the stories and artistic aspects behind an obsessive hunt for images.

Published May 2000 by Konemann