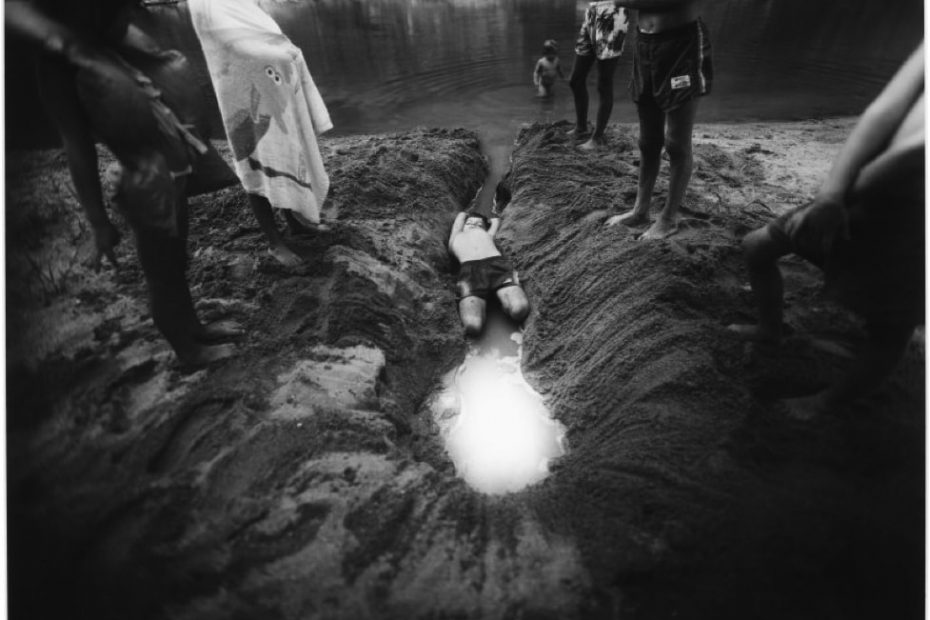 By Suzanne Revy
Sally Mann (b. 1951) is known for images of children made on her farm in Lexington, Virginia and published in the book Immediate Family.

The Ditch (1987) was published in a New York Times Magazine article about Mann in the early ’90s, which coincided with a weekend visit at my then future in-laws in the New York area. I remember the interesting conversation we had about Mann’s photographs.

This picture in particular had me thinking about birth and life, but my father in-law was disturbed by it. He saw a grave and death. I was so struck by our different reactions, and my father-in-law said, “well… I’m closer to death, and you’re thinking about when you’ll have children, aren’t you?”

He was right, I was, and we had two children in the late ’90s. My father-in-law relished being a grandparent to them. He died in 2015, but whenever I see this picture, I think of him, our conversation, our different responses to the image, and the circle of life.