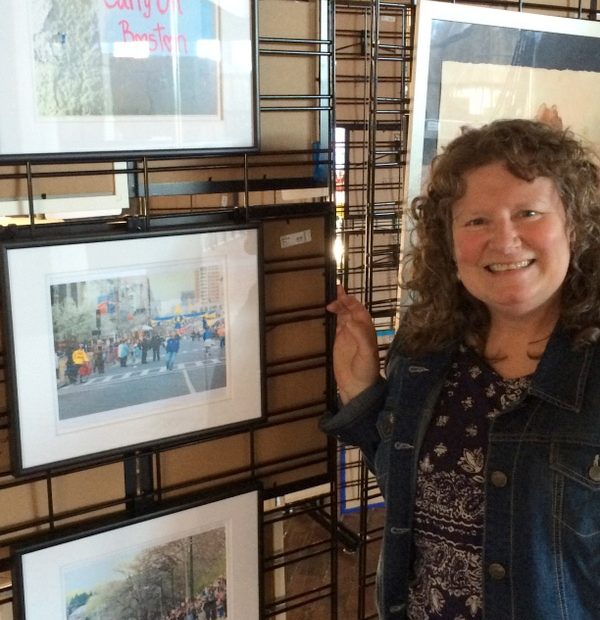 When the PRC moved out of its long-time home on Commonwealth Ave, Diane Sheridan was there to help, just as she has been over the years.

In addition to staffing the front desk, she was on the team that cleaned out our storerooms, sorting through what to keep and what to let go.

“It was fun,” she says. “I liked going through all those old archives. A lot of it had to go, but we saved some good stuff that documents the history of the PRC.”

Helping on the front desk and in the back room reflects two of Diane’s interests.

“I definitely like interacting with people, and I definitely like history and archiving, especially photographs pertaining to history,” she says. “I love old photographs. When I go to a flea market, I’m drawn to them; the old ones that have been discarded.”

It’s not only anonymous photographers that draw her, though.

“I’m very influenced by all the photographs I see. For example, there was a Duane Michals exhibit that opened my eyes regarding portrait photography and collage,” she says.

Ansel Adams held some surprises for her, too. “I always liked Ansel Adams, though I thought he was a bit mainstream. But then when I saw an exhibit of his at the Museum of Fine Arts, it brought tears to my eyes, it was so beautiful. His black and white photographs were just incredible.”

Diane’s father was an avid photographer, and his enthusiasm sparked Diane’s early interest. Her own work started at age five when she took her first family photograph.

“I’m not 100% sure I took that photograph, but it has to be mine because first off, I’m not in the picture, and second, my father has the look on his face I’ve seen my whole life when he’s giving me advice,” she laughs.

Now one of her favorite things to do is to make street photographs on her early morning walks; “Nature, inner city, lighting at that time of the morning. Funny, though it’s all street photography, it very rarely has people in it [because of the early time]. It’s more architecture, shadows, buildings…I love doing this.”

Diane’s work has been included in both the 2015 and 2016 juried exhibitions of the Plymouth Arts Council. She is also active in the Unbound Visual Arts group of Allston/Brighton, exhibiting work in their 2015 Healthful and 2016 Freedom exhibitions at the Honan-Allston Library Art Gallery, and the 2016 exhibition Olympic SPIRIT and 2017 Earned: Women in Business and Labor at the Scollay Square Gallery in Boston City Hall.