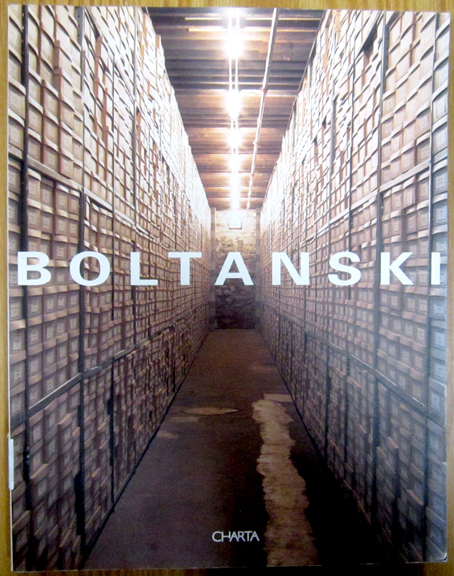 “Born in 1944 in Paris, Boltanski is undoubtedly one of the most interesting French artists on the current scene. A man of many interests, he produces short films, composes real or fictional dossiers about his life, reconstructs an accident in which he dies, which has never happened to him, and files ‘moments’ of his life in biscuit tins.

“His relationship with photography is fundamental: he collects photographic portraits and, since the mid-eighties, the contents of his works have been pervaded by the awareness of the memory of the tragic events of European history during the Second World War.

“This volume presents an exhaustive survey of Boltanski’s artistic career from his early years and also records the research that led him to the creation of his most recent installations at Villa delle Rose in Bologna.”